Breastfeeding has been recognized as the most important intervention for child survival and optimal growth and development. However, throughout the world, optimal breastfeeding rates are abysmally low, stagnating for over a decade, because of the lack of the enabling environment where women can practice optimal breastfeeding successfully.


Protecting, promoting and supporting breastfeeding is not free. It costs money. As the World Breastfeeding Trends Initiative (WBTi) analysis of the implementation of the Global Strategy for Infant and Young Child Feeding shows, very few of the 51 countries that conducted the assessment could implement all the strategies indicated in the Strategy. The primary obstacle was lack of adequate resources, especially financial resources.


The main problem was that no one had any idea of what protecting, promoting and supporting breastfeeding would actually cost. The few estimates existing consider only some aspects of promotion, even though there is evidence that several actions, including effectively enforcing the International Code of Marketing of Breastmilk Substitutes and Maternity Protection need to be taken concurrently if breastfeeding rates have to improve.


In 2012, International Baby Food Action Network Asia (IBFAN Asia) took on the challenge of trying to estimate the minimal cost of implementing the Global Strategy in its entirety through the World Breastfeeding Costing Initiative (WBCi).


The WBCi has two components –


The Need to Invest in Babies


This advocacy document gives the rationale behind the need to invest in breastfeeding, what interventions to invest in as a priority, and a ball-park estimate of the global costs of universalizing the enabling environment where women can successfully breastfeed optimally. Interventions that have been costed include


o   Health and nutrition care system: This has two components – BFHI and the training of health workers;


o   Implementing the International Code of Marketing of Breastmilk Substitutes; and


According to the estimation, an annual investment of US$17.5 billion is needed to create an enabling environment for breastfeeding globally. This includes one-time costs like developing legislation and basic training in skilled counselling, and recurring costs like monitoring violations of the International Code, coordination, maternity benefits, data management, research, reviews and updating of policies and legislation.


The unit costs are based on globally accepted costs (such as the costs of promotion from Scaling Up Nutrition), studies in peer reviewed journals, actual costs incurred by programs from different countries, as well as budget estimates of countries for specific interventions, where available. In addition, the estimate includes a minimum financial support of US$ 2.00/day for 180 days to women living below the poverty line to help them carry out exclusive breastfeeding for the first six months of the infant’s life. Country-wise estimates, based on these unit costs, have been included in an annexure.


Recognizing that countries are at different stages in implementing the Global Strategy, as well as the wide variance in salaries, infrastructure costs, etc., IBFAN Asia also developed the WBCi Financial Planning and Budgeting Tool to assist countries plan and budget for protecting, promoting and supporting breastfeeding.


The development of the WBCi was supported by the World Bank’s South Asia arm, SAFANSI project, funded by DFID and AUSAid. 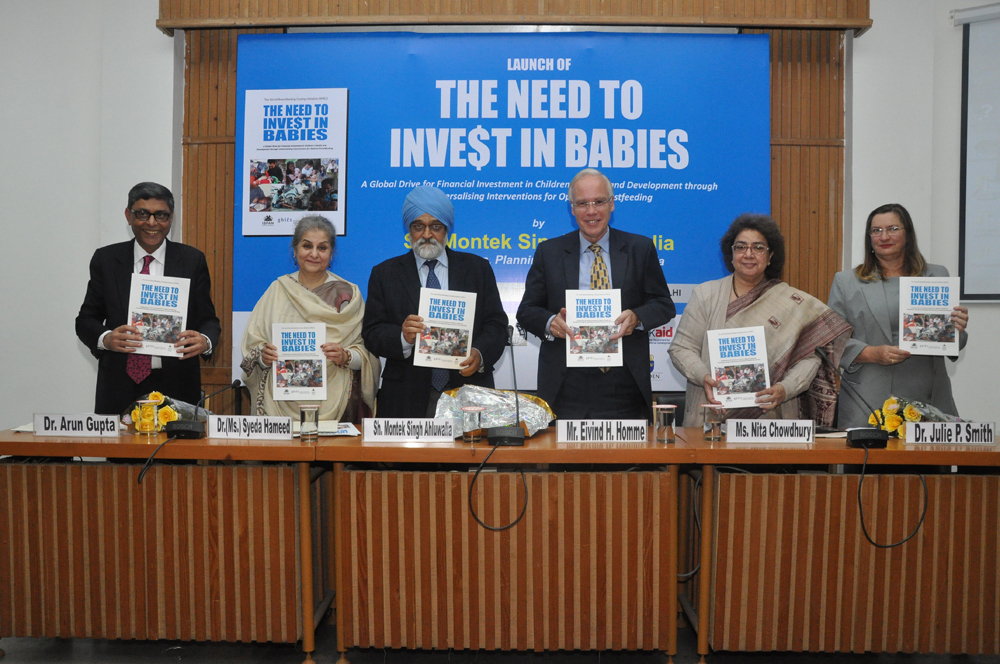 The first draft of The Need to Invest in Babies was shared with government representatives, international organizations, donor agencies and civil society representatives at a special session during the World Breastfeeding Conference held in December 2012.


A second draft and the first version of the Financial Planning Tool were shared with international and donor organizations, civil society representatives and IBFAN Regional Coordination Offices in October 2013.


The WBCi tool is Excel-based, flexible, user friendly and countries can easily customize it to meet their specific situations. Annual IYCF financial plans, as well as multi-year estimates can be easily generated, using local estimates, inputs and information.


A detailed User Manual accompanies the tool, allowing those not familiar with the Excel programme to also use the tool effectively. Both the tool and the User Manual can be downloaded from